The work of Carles Santos has been chosen to close the film season. This homage includes a poetry reading by Vicenç Altaió, a selection of his films made between 1969 and 1979, many of them rarely screened, a previously unseen piece by the North American filmmaker John Logue, two short pieces from the early days of cinema starring the magician Leopoldo Fregoli and a performance by the pianist Clara Peya (National Culture Prize 2019), playing a piece composed especially for the occasion in collaboration with the dancer Sílvia Capell.

In the 1970s, Carles Santos made around a dozen shorts that use minimalism and conceptualism to explore different kinds of listening, bringing to light a veritable philosophy of music in cinema.  The film-portrait entitled 30 Second Portrait: Carles Santos, made by the filmmaker and artist Joan Logue, is a good introduction and includes the composer within the New York interdisciplinary movement. Originally conceived as an advertising spot, this short forms part of a unique series on the avant-garde artists of the late 1970s, most notably the video portraits of John Cage, Steve Reich, Philip Glass and Michael Nyman.

Santos recorded and reproduced sound, with variations and repetitions. Some of his films question why, when a melody is played repeatedly, reason takes the place of emotion among the spectators. One example of this are the unpredictable pianos in a Barcelona shop window in Peça per a quatre pianos, as well as 682-3133 Buffalo Minnesota, with the participation of the North American flautist Barbara Held. LA-RE-MI-LA adds an ironic touch, building a city out of ephemeral pianists. This short has been programmed with two films starring the magician Leopoldo Fregoli, Maestri di musica and Retroescena 2. Fregoli, very much admired by Joan Brossa, was famous for his ability to transform things. In Preludi de Chopin opus 28, n. 7, the cineaste Pere Portabella dictates Frédéric Chopin using a tape recorder to speak a score of music. This film, almost never seen, culminates our totally avant-garde cinematographic journey.

The trans-disciplinary approach of Santos throughout his career has inspired a large generation of musicians who are also interested in investigating new forms of performing music. Among them, the pianist and composer Clara Peya recognises the influence of Santos, who “knew how to transcend boundaries”. For the occasion, Peya will perform a unique concert on the piano, playing a composition inspired by this selection of films that have rarely been shown to the public. 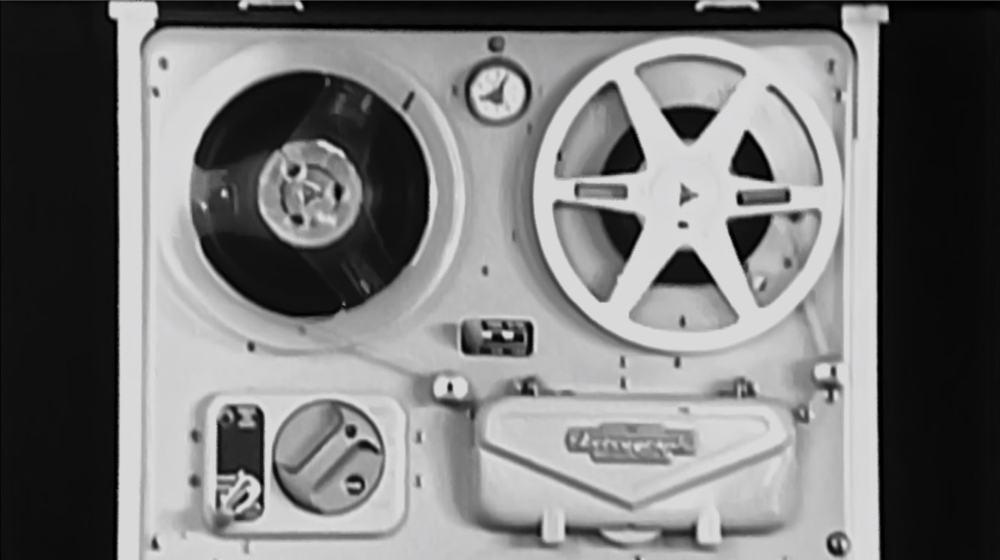