Ana Pfaff (Barcelona, 1985) graduated in 2007 in Film and Audiovisual at ESCAC and specialized in cinematographic editing. Since then, she has worked as an editor in various fields of audiovisual content such as documentaries, video clips, video art, advertising or television. As a director, she is part of the collective "Dostopos" together with Ariadna Ribas, from which they work on the relationship between music and image in formats such as video clips, video projections or musical documentaries. In 2012, they co-produced with Darío Peña and David Domingo the piece Brana, Calypso, Dendrita, three montages based on the same script and soundtrack, produced by the Dos de Mayo Art Center, which was screened at the Xcèntric days dedicated to animated collage (January 2013). Apart from "Dostopos", Ana Pfaff has collaborated with the filmmakers Albert Serra or Adrián Orr and the video artists Juan Carlos Bracho, Isabel Esteva and Momu & No Es. 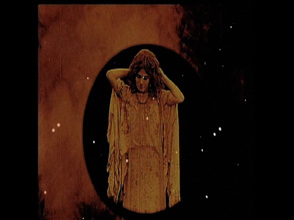