A selection of films from the Arxiu Xcèntric by filmmakers that address some of the themes from the Feminisms! exhibition, such as the representation of the female body in response to the media’s stereotyped image and the exploration of desire and sexuality through the visual arts.

Images of beauty parades and advertising models are juxtaposed with others of a prosaic or even eschatological nature (a pregnant woman, another extracting a tampon, vomiting in a toilet, unblocking a drain...) that call into question the supposed perfection of the previous images.

The cinematographic record of Carolee Schneemann’s sexual encounters with her partner James Tenney converges with the pictorial intervention of film.

In her first film, this Belgian filmmaker shatters the oppressive space of domesticity through the deranged portrait of a housewife played by herself.

A group of women answer the question “What is a woman?” posed by a French television programme to various creators, dismantling the stereotypes and roles traditionally attributed to women.

In the intimate space of the bathroom, the artist and filmmaker films her own sexual exploration and shows feminine pleasure close-up.

Using a series of images of different objects, apparently devoid of meaning, the question arises of how our perception can transform them into “objects of desire”.

The artist stands in front of the camera to tell her life story in a 14-verse cantata. Behind her plays an animated film that illustrates her autobiographical story.

The authors marked with an asterisk (*) also have works in the exhibition. 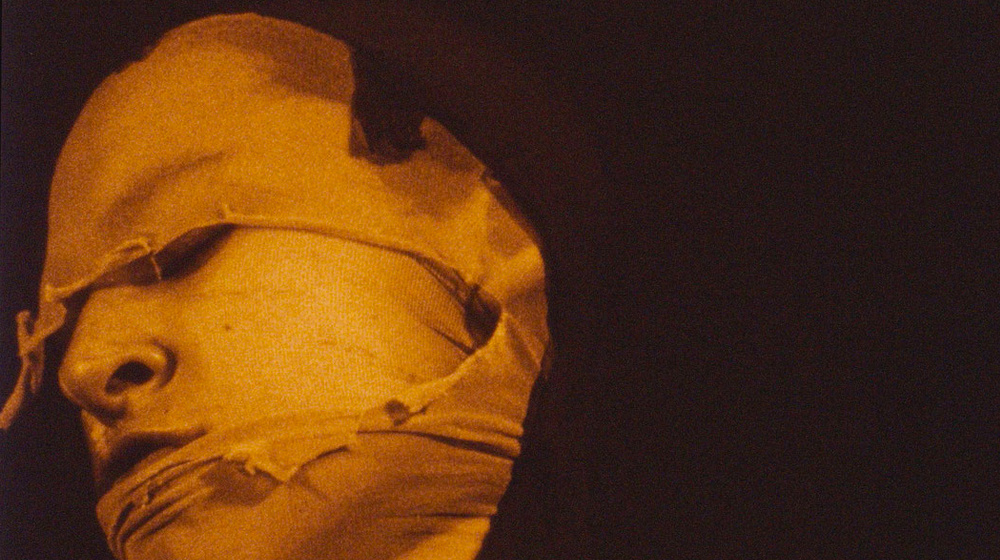