There is a kind of cinema made by explorers who abandon any attempt at narration to experiment with the various possibilities that the medium presents. One whose narrative breaks down, disconcerts and surprises us. A kind of cinema that becomes sonic blinking, chromatic percussion, a joyful, sensorial bewilderment, even. Another in which pre-existing images taken from Hollywood films, scientific archives or a variety of other sources take on a new life, when for example they are manipulated by alteration in the editing process; or when the filmmaker physically intervenes by ripping, spitting, scratching, slightly or intensely colouring...

And what about the kind of cinema based on all manner of materials to create movement using different animation techniques? There are multiple possibilities offered by 8, 16, 35 or 70 mm film, or different digital formats with which some filmmakers today invent new ways of representing or disfiguring the real. Not forgetting the cinema that is eager to investigate its syntax, erecting captivating landscapes by experimenting with the possibilities of editing and sound. Sound plasticity is also investigated by experimental filmmakers whose desire is, to quote Albert Alcoz, “to extend the confines of the cinematographic, bringing an aesthetic, semantic approach to its auditory connotations”.

All of this cinema, hungry to explore its possibilities and limits, and to transgress them, or transmute them, has been defined as experimental or avant-garde. From the outset, let’s use a fertile plural: “cinemas”. What follows is not a text structured as a narration. There is a leading thread: our questions about these cinemas. But we will advance by means of a series of sequences, trying to find clues that help us to investigate what it means to describe them as “experimental” or “avant-garde”, without being able, or wanting, to prevent the I of the writer irrupting into certain passages.

I see, I listen, I touch, I perceive

An intense blinking percusses on my retinas. One after another, at a speed that my eye can barely discern, the frames succeed each other, frames of light and colour. Or I’m present at a birth, and the filmic material merges with the blood, the placenta, and the body from which a new life emerges becomes an eye-wound that absorbs my gaze. From disembodied light to skin-frame, if there is one thing many of the proposals defined as experimental or avant-garde have in common it’s that they call out to me. I am no longer a spectator sitting in front of a screen, the distance with which I look and it looks, and I merge or blend with the images and the sound.

“Experimental cinema,” writes the artist and theorist Esperanza Collado, “attacks distracted perception, reopening a broad experiential spectrum that renews the interpretative possibilities of perception.” As opposed to the eye trained by other filmic proposals whose narrative substance is the affective hypnotic lure to follow, the unruly eye participates in what it sees, and not only sees, but also touches, listens and remains awake to what is happening before it.

I see two girls having fun, throwing and spitting celluloid scribble at each other; the bodily fluids are replaced by scratches on the filmic material. I see a cosmic striptease, in which the body of a woman, after shedding its clothing, continues with dismemberment and fragmentation until it merges with celestial matter. I see different bodies that overflow the limits of the frame, dancing, shouting, cavorting, merging epidermally with the filmic material. I see an orgiastic dance of bodies that transcend limitations of gender. And a frame that bristles like pleasured skin, when the celluloid becomes an erogenous surface on which desire is projected and bodies are liberated, bodies of men, of women, of cinema itself.

Being born to colour

A screening of avant-garde or experimental films tends to be a unique event. Although some films circulate by means of alternative devices, there is nothing like seeing them in their original format in an auditorium, an art gallery or a cinema. Each event can be experienced as a discovery. I remember having attended sessions in which a colour or a sound was revealed to me… A lovely text by Stan Brakhage presents to us this perceptive ecstasy: “Imagine an eye unruled by man-made laws of perspective, an eye unprejudiced by compositional logic, an eye which does not respond to the name of everything but which must know each object encountered in life through an adventure of perception. (…) Imagine a world alive with incomprehensible objects and shimmering with an endless variety of movement and innumerable gradations of colour. Imagine a world before the ‘beginning was the word’.”

“The framing and the movements of the camera,” declares filmmaker Andrés Duque, “are motor actions that my body has generated. Each movement and each gesture, whether it is before the camera or not, come to form part of this construction of my person.” With such limited means and such small productions that they are sometimes not even designed to be shown, many experimental filmmakers present to us their private lives, in filmed diaries, or pieces that show their hand-to-camera-hand combat with the world.

In 1966, Marie Menken filmed the streets of New York with a Bolex, a 16 mm camera small enough to allow her to merge the filming device with her body. In a delightful game, Menken dances around with the camera to capture the pulsing of the city lights. In another of her films, six years previously, the camera, in synchronic movement with her body, becomes a paintbrush with which Menken paints “arabesques for Kenneth Anger” in the Alhambra.

Menken films for her friends, and keeps her films for herself. “Marie,” writes Mekas, “was one of the first filmmakers to improvise with a camera and edit while shooting. She filmed with her entire body, her entire nervous system. You can feel Marie behind every image, how she constructed the film in tiny pieces and through the movement. The movement and the rhythm—it is this that so many of us seized upon and have developed further in our own work.” It was filmmakers like him who helped to make her films visible.

In Color perro que huye (2011)and Ensayo final para utopía (2012), the filmmaker and lecturer Andrés Duque weaves a luminous plot of affections to tell of falling out of love, rootedness in a city like Barcelona, or a process of grieving, alongside the dance and beauty of bodies in trance that he portrays with a digital camera or a cell phone. Another intimate script is that of Chantal Akerman in La chambre (1972), which shows in a long take, lasting over ten minutes, a personal space, that of a bedroom, but also of a body, that of the filmmaker herself.

How should I write about cinemas that frequently do not admit of critical distance because they call out to me, shake me, intoxicate me? Perhaps by forcing the writing, like many filmmakers force the image. By exploring the possibilities offered by the language to convey the power of an image, or the mutation of an idea, a colour, a figure in a revelation-still. Try to get the word to explode like some images crack open on our retinas. Sometimes, inevitably, I use a more poetic language to refer to films I’ve seen in sessions in experimental cinemas. Does this exclude any possibility of analysis? Probably not, but, in my case at least, what is excluded from my language is any possibility of dispassionate, disillusioned writing, devoid of affection.

Many experimental filmmakers write and reflect in some cases about the process of cinematographic writing. “Reflecting,” writes the British filmmaker Stephen Dwoskin, “on a language that is fundamentally visual, or which uses visual information with auditory media, by means of another language —the word—, is both dangerous and difficult. (…) One can merely attempt to evoke the sensation of the visual experience. Not all films, like painting, are verbal. And they can, as a result, escape the word.” The filmmaker Maya Deren also writes about the plasticity of the cinema, stretching language to the level of the poetic, to define her films, and her relation with the spectator: “I am not greedy. I do not seek to possess the major portion of your days. I am content if, on those rare occasions whose truth can be stated only by poetry, you will, perhaps, recall an image, even only the aura of my films. And what more could I possibly ask as an artist than that your most precious visions, however rare, assume sometimes the forms of my images?”

Whether through writing, the exercise of teaching, the creation of archives or developing laboratories and screening, or editing periodical publications, the passion for experimental cinemas leads many of their spectators and filmmakers to carry out transmission activities. “Ultimately,” writes the theorist and programmer Gonzalo de Lucas, “these apparently hermetic, distant filmmakers tend to be the least greedy. Almost all of them, for example, have revealed their trade secrets in writing. As we see in the essential figure of Jonas Mekas, the filmmaker not only makes his own films, he also writes and programmes others, helping to form a community of filmmakers, a collective workshop.”

In my case, I’ve had the opportunity to do it through teaching and writing. For me, giving a children’s workshop, or teaching a class to film students or people in search of another way of viewing cinema, different to what they are used to seeing on the commercial circuit, is a celebration of what many filmmakers have shared with me through their works: sometimes a perceptive, sometimes a more conceptual adventure, but in most cases a discovery. Whether it’s a way of seeing the world, of seeing bodies in frames, of reminding ourselves or revealing new colours, it is always an invitation to operate by transmitting a contagion of the same passion and fascination that I feel when faced with their images. 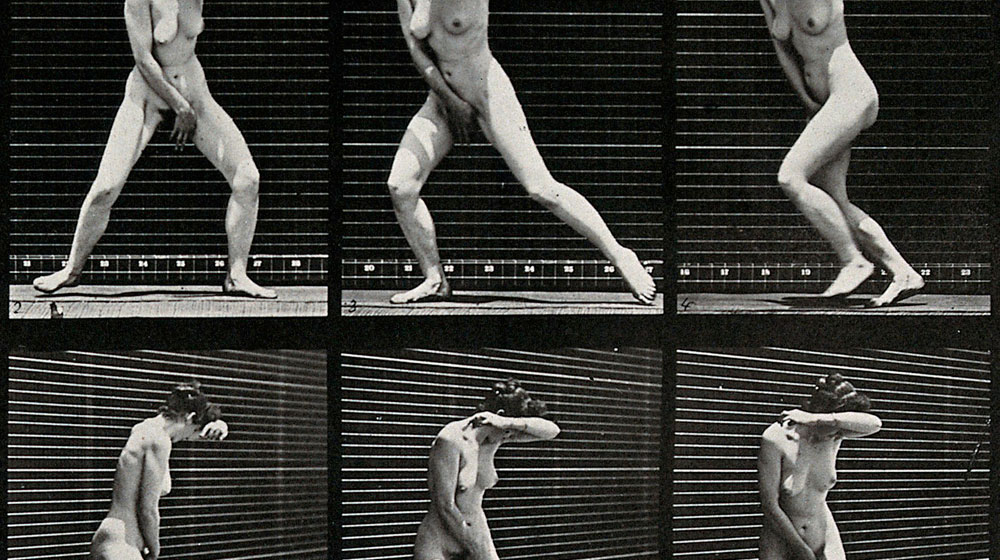 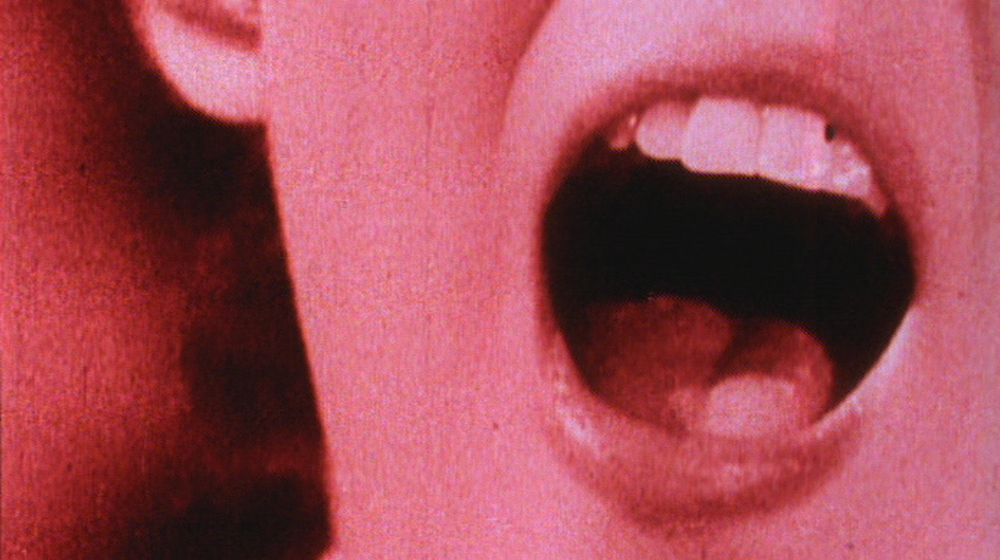