This season’s opening session presents a series of films that address the relationship between women and musical composition. These are films with composition models very similar to those of music, scores where the sounds are notated in the form of images that work on their synchrony, where what is seen and what is heard is often materially the same. These kinetic compositions by Eugènia Balcells, Mary Ellen Bute, Lis Rhodes and Blanca Rego serve as a pretext to highlight the presence of female composers in the history of music.

Flight is one of the many video scores by Eugènia Balcells to emerge from her interest in sound. This work, like many others by the Catalan artist that investigate sound space, is devised to be performed live, where the random flight of birds, framed by the lines of a stave, draws the heights of the notes that the performer has to play.

Instead of directly painting on or scratching the celluloid, Mary Ellen Bute uses other animation techniques: she films household utensils —combs, colanders, whisks, ping-pong balls— and superimposes images to explore musical forms by means of the refraction and reflection of light. Rather than being static, her visual abstractions are fluid, born of her interest in synchronizing visual elements with acoustic components, using science and mathematics.

In the seventies, Lis Rhodes produced a series of works that explore the relationship between sound and image. Her films use the technique of optical sound, materially connecting what is seen and what is heard. Dresden Dynamo is a film made without a camera, in which the shapes of the images we see on the screen —stripes, dots, and red and blue lines— create a kind of musical work made up of white noise and atonal whistles. Notes on Light Music is a condensed version of her famous installation Light Music, which she carried out in response to the scant attention received by women composers in classical music.

In her films and writing alike, Blanca Rego is interested in the relation between image and sound. In many of her works she generates images based on sound or sound based on the images, so what we see is exactly what we hear. This process of digital transformation evokes optical sound experiments like the ones used by Lis Rhodes in many of her films. 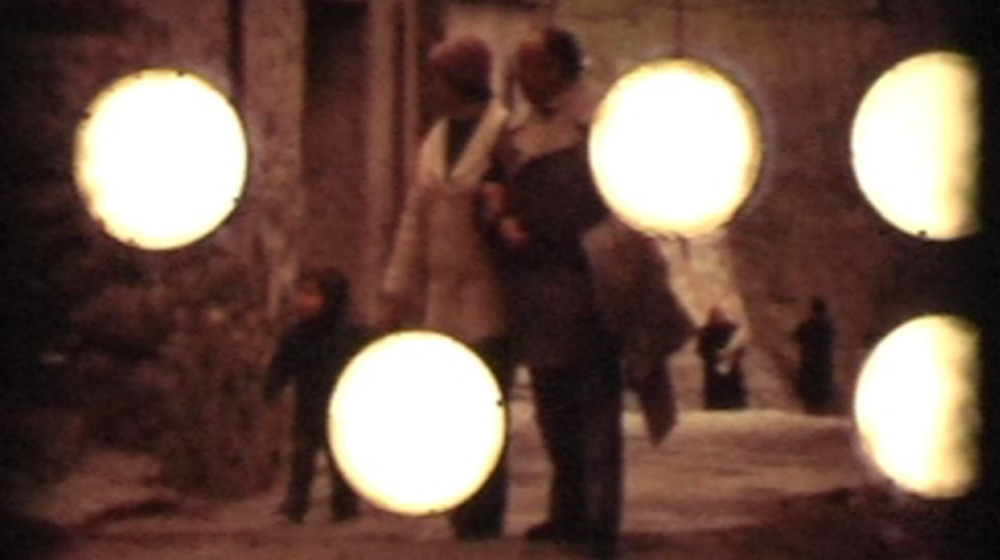