Artist and researcher Esperanza Collado, whose work centres on the dematerialization of cinema, the performativity of writing and the figure of the artist as metahistorian, presents “Things Said Once”, based on a theoretical-poetic text made up of quotes and reflections on the cinematographic experience, and the past and present of the cinema.

“Things Said Once” is an artistic declaration and a tribute to the cinema that recognises its history and our responsibility for its permanence in the present. Written as a poem, the text is constructed around the idea of cinema as experience in its spatial, temporal, and community or social dimension. “Things Said Once” is presented as a reading in a specially devised setting. It includes a series of actions and objects that serve to express the text, bringing together a series of over 50 citations of filmmakers and theoreticians with the artist’s own reflections on the medium’s philosophical bent.

This performance, in various versions, has been performed since 2015 at art venues such as Taipei Contemporary Art Centre (Taiwan), Lajevardi Foundation in Teheran (Iran), Centro Cultural de España in Montevideo (Uruguay), Centro de Cultura Montehermoso (Vitoria), Master LAV (Madrid), Escuela de Artes (Málaga) and the Cinematek in Brussels (Belgium), and at festivals such as Oberhausen (Germany), Ambulante (Mexico), Bristol Experimental and Expanded Film (England) and Punto de Vista (Pamplona). The text on which it is based is edited in English, Spanish, Persian, Swedish, Mandarin Chinese and French in different publications.

The performance is set in the context of Aula Xcèntric, this year based on the writings of various filmmakers. 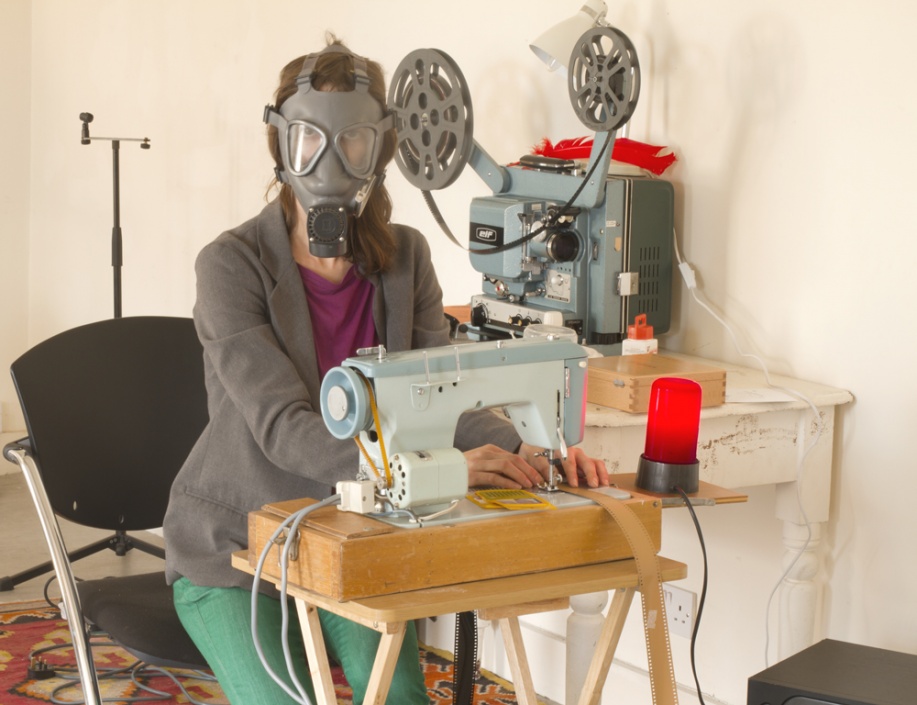