This session is devoted to the films of the artist and filmmaker Michele (Shellie) Fleming, who, during her life, published books and photographs, and made installations and several films.

Fleming’s films bring together most of the artistic disciplines with which she worked and combine the rhythmic observation of the world around her with references to other films and, most of all, a multitude of books; they feature work with the text on screen, portrayals of bodies and the alternating superimposition of colour and black and white.

Although she was one of the most generous and best loved teachers of an entire generation of filmmakers, from Apichatpong Weerasethakul to David Gatten, the films of Shellie Fleming have been shown on very few occasions. When she died in December 2013, dozens of students of the School of the Art Institute of Chicago wrote dedications expressing their admiration for her as a person and for her work, as Fleming was, for many of them, both a personal guide and an artistic influence.

Her films, all made in 16 mm, bring together different techniques, such as the insertion of photographs and strips of celluloid or the combination of superimposed layers of colour and black and white, along with a variety of processes to obtain her “reframings”, which led to Fleming being compared with Joseph Cornell and his magic boxes. As well as collage techniques, the filmmaker repeated certain visual motifs (including the emblematic conch shell) and allusions, in keeping with her fragmentary way of filming bodies (hands and gestures are particularly mysterious in her imaginary). Also very personal is her use of different voiceovers—such as her father’s in Life/Expectancy, which combines a woman’s solitary life with passages from a book on psychology—or the written texts with which she creates dozens of forms of layouts within this other frame that is the cinema screen. 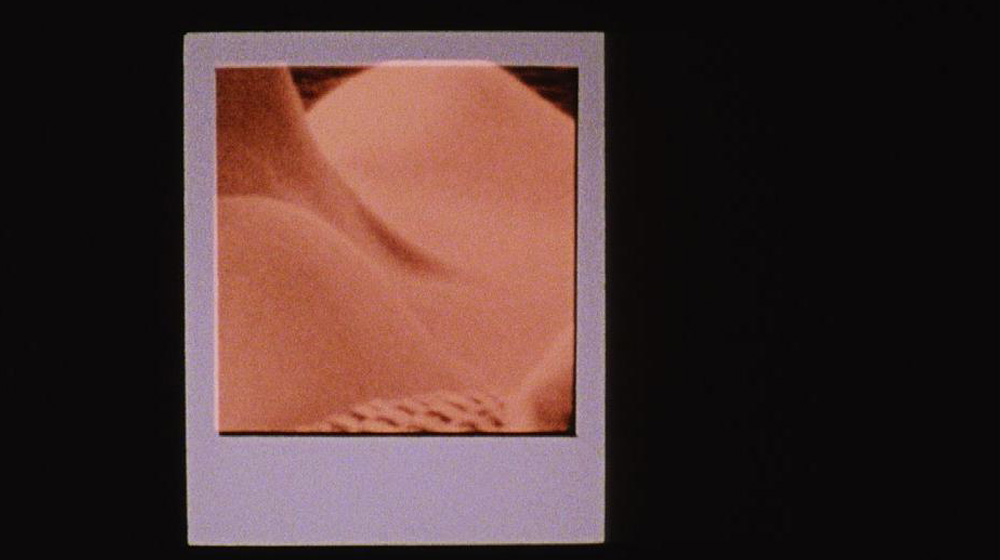 The written screen. The films of Michele Fleming