The Gas Works are a series of unique films conceived as instable performances of sonic light. Made and projected by hand, the author - Esperanza Collado- describes them as "ephemeral collages in motion or gaseous light sculptures in which cinema is derailed and subject to stitching." The project explores performative aspects involved in mechanical projection such as the plasticity of luminous space, the reading of optical sounds, and the microstructures of the interval.

Operation Rewrite (www.operationrewrite.net) is the artistic collaboration of The Consecutive Impostors (Esperanza Collado and Maximilian Le Cain), in which they explore the cinematic workings of the cut and interruption. Their performances are disturbing and humorous, showing the artists as 'scientist' figures realizing a series of actions involving elaborate projections and sounds, awaken dreams, and domestic objects. Irish theatre maker John McCarthy collaborates.

With the support of Culture Ireland. 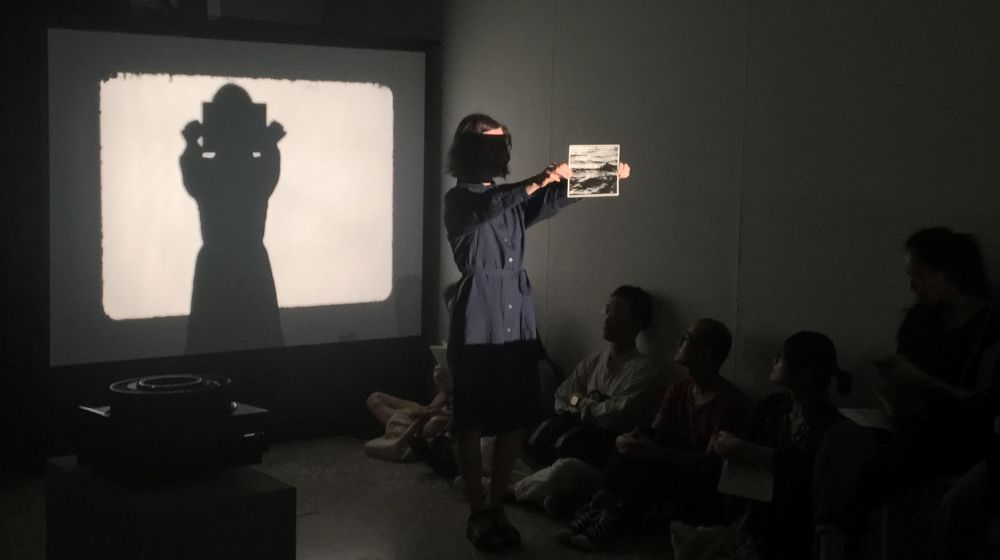