Before devoting herself full-time to anthropology, in the 1970s Barbara Glowczewski shot several experimental films in Paris. At that time, with the experiments of the Paris Films Coop created by Claudine Eizykman, among other filmmakers, French experimental production was flourishing. In fact, the anthropologist decided to study Cinema after seeing Eizykman’s Vitesse Women (1974), one of the most important films of the French avant-garde. She subsequently enrolled at the university where Eizykman taught alongside Deleuze and Lyotar. Eizykman’s course on “cinematographic energetics” and her book La jouissance-cinema, which was based on Lyotard’s notion of acinema, provided her students, including Glowczewski, a theoretical and visual boost that pushed them to carry out perceptive experiments that created kinetic movements capable of shaking the world and perceiving its heterogeneity. Besides presenting some films by Glowczewski and the works by her teacher that influenced her most, as an introduction the session opens with a work by Austrian visual artist Kerstin Cmelka, With Me, which presents a woman who goes to sleep, filmed in silent 16 mm with multiple exposures. This micro-action and its ghostly imprints function like a dream that permits the intimate and the impulsive to return in secret and disrupt the images.

“Between 1976 and 1978, I made several experimental films. I was interested in the texture of the film, its materiality, I wanted to experiment with these forms of music for the eyes. In those years in Paris, there was a lot of futuristic, lyrical, avant-garde and structural experimental film being shown. The experiments of the París Films Coop promoted a cinema of “energy-objects” instead of “representing-objects”, which advocated for a “maximisation of affects” and “psychic connections”. Within this context I made Gros Loup in 16 mm, a series of portraits shot in black and white with numerous superpositions, which after I coloured by hand, adding more texture to the images. (...) The crushed aluminium paper that I used in Miradwie (1976) produced monstruous flickering masks, a kind of saturation of perception. We filmed faces photo by photo, alternating contradicting moods. The intermittence and the fast visual stimuli created a physical sensation of pleasure and uneasiness, even nausea. I tried to stage a “conflict between pulsions”, an antagonistic emotional process that “requests of the viewer the perceptive availability to come to terms with the unfolding of the conflict within him/herself”: an “anthropology of the inside”. (...) In Maladie d'amour I played with clichés to question the obscene machoism of sexuality, the sexual symbolism of bullfighting and the capturing of the irony of any dis-montage of those images. My position was very different to Brakhage’s intent, which was “to elevate the subject of pornography to an art form” or that of Valie Export, for whom “any representation of sex on the screen is dangerous”.

Splicing is like a wound that has scarred over; on two sections of film stuck together with tape to the montage there is a cut that is inscribed and could create an effect of intermittence, a luminous beating, a caesura, a cinematographic recreation, as noted by Claudine Eizykman when she made L'Autre scène [in this film, a razor blade crosses the face of the woman reflected in it, it is a criticism of the advertising that compares the work of dreams with that of film]. The cut is a virtual hole where there is a two-way flow, rejection or absorption. (...) But the word splice in English is also used to describe other forms of artisanry such as sewing, weaving, braiding; in basketmaking, forging, producing glass and in activities involving binding or grafting. Any technique capable of condensing heterogeneity”. - Barbara Glowczewski based on fragments in “Collures: du cinéma expérimental à l'anthropologie” and “Beyond the Frames of Film and Aboriginal Fieldwork”.

In Vitesse Women, Claudine Eizykman explores the possibility of creating volumetric effects. “Volume is the state in which the brain functions at heterogeneous speeds. Vitesse: indicates our perceptive and psychic capacity, periodically blocked by social consent. Women: reveals (explains) some representations that constitute our current sexual and social reality. The combination of speed and women produce a different perceptive and psychic functioning. The intention of the film is to seek visual aspects derived from a treatment of the cinematographic information that overcomes the acceptability threshold of standard cinema (narrative, representative, industrial). The threshold has been established here under six still shots, achieving unusual cinematographic speeds. Speed is what characterises the cinematographic information, it is formed when crossing the possibilities of combination and of rhythm. Cinema is intermittence, it creates an active present, which results from a choice of objects of energy and not from their representations, rhythms of speed and composition produce the maximisation of this effect (C. E.). “This film has been made taking, as a base, five filmed sequences and numerous images chosen due to their form and potential for being combined with each other”. Although Eizykman was not interested in the contents of the images, she admits that prostitution has exerted an influence, “it makes one dream while causing repulsion”. [Words of Claudine Eizyman based on Barbara Glowczewski, “Collures: du cinéma Expérimental à l'anthropologie” and from Kinomata la donna nel cinema, edited by Annabella Miscuglio, Rony Daopoulo, Judita Hribar. Bari: Dedalo, 1980.] 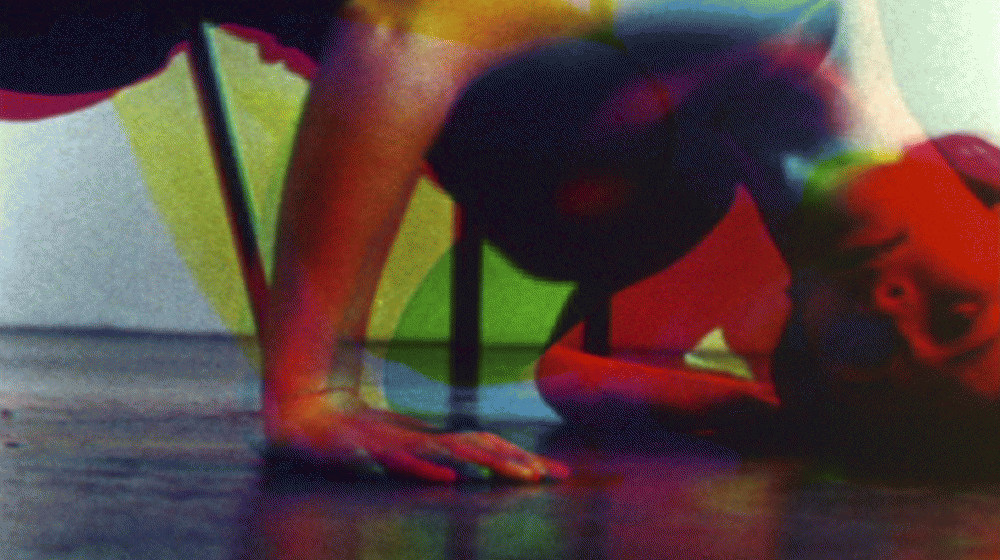