Print Generation is one of the canonic titles of structural cinema. Its starting point is a repetitive montage of sixty shots lasting one second. It’s a filmic minute of autobiographical images then submitted to scrupulous copying per contact process. Conducted in close collaboration with a professional laboratory, the title reveals J. J. Murphy’s yearning to research the photochemical properties of the medium following a systematic generative methodology.

Abstractions as a result of filming mundane scenes are structured under a symmetrical order which eventually unfolds in reverse. What is inexpressible in the images is synchronised with the recording of waves in the sea. As they are successively copied, they produce a noisy soundtrack of oceanic origin. It is a detailed study of the acoustic properties of magnetic tape similar to the visual exploration of the qualities of the film grain in the film.

While, in the first part of the film, the audience imagines hidden naturalist displays behind the celluloid surface, in the second part the audience’s perception swings between their capacity to sharpen their memory with regard to what they recognise ephemerally and their inclination to contemplate, in a simple and full-blown way, the beauty of emulsion in decay. 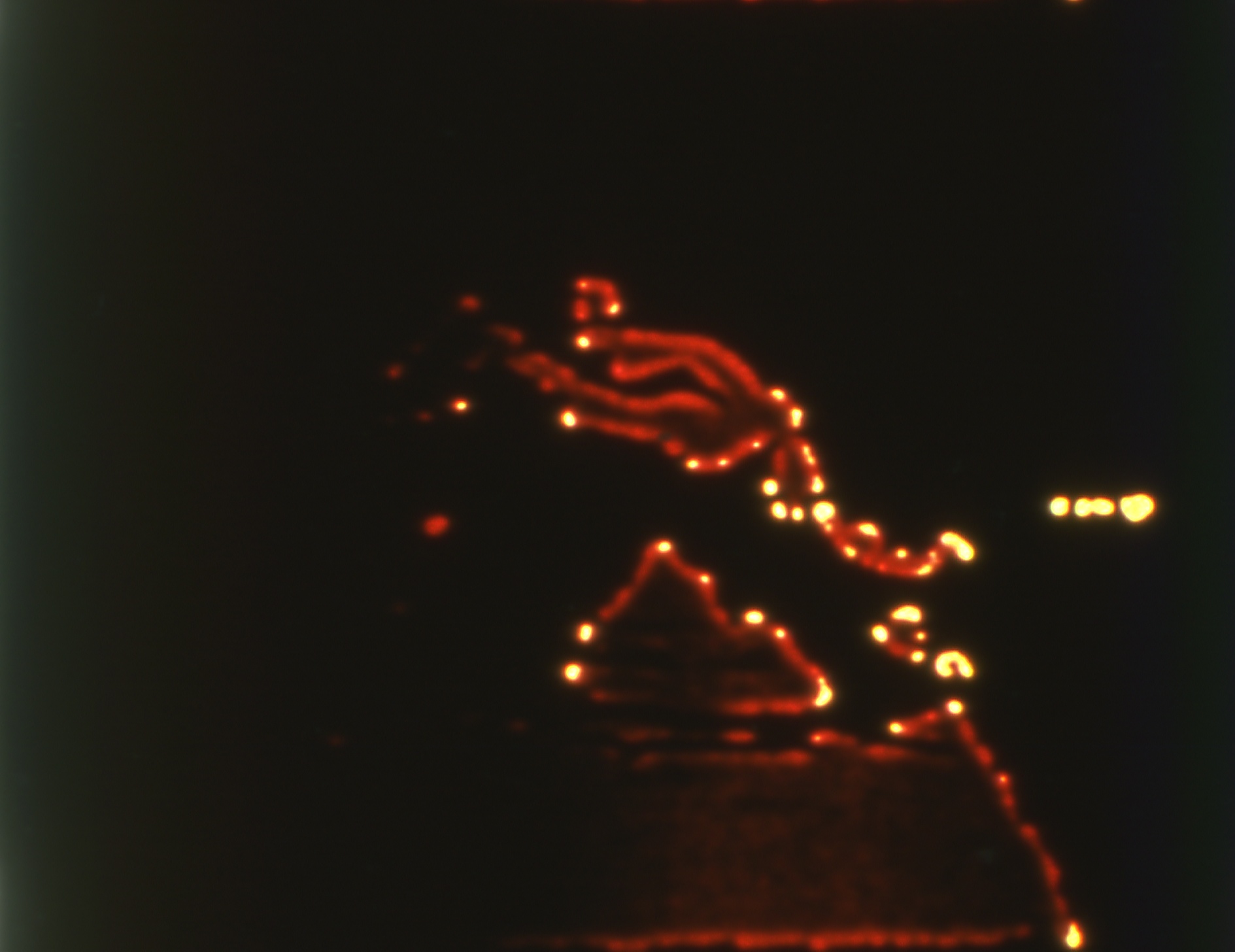