According to Susan Sontag “the most important experimental filmmaker of his time”, Frans Zwartjes came to fame in the late sixties with his voyeuristic, sexually charged films that explored the extravagancies of the bourgeoisie behind closed doors. Hysterical, cruel and technically radical, Zwartjes inspired a generation of international artists with his shocking originality and his defiant independent methods. The filmmaker was also a foremost musician, violinmaker, artist and sculptor, working tirelessly until shortly before his death, a few months ago.

With the screening of two of his most important shorts, Living and Spectator, and Medea, a film seen on very few occasions, the CCCB pays tribute to this visionary Dutch filmmaker. The session is presented by filmmaker and programmer Stanley Schtinter, responsible for the archive, arrangement and distribution of Zwartjes’ music, and a specialist in his work. 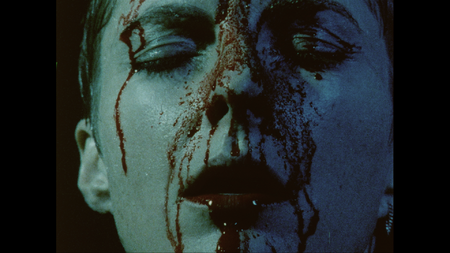