After several years collaborating on joint projects, the Métro-Barbès-Rochechou Art group emerged spontaneously as a reflection of life in a community. Between 1980 and 1983, the filmmakers Michel Nedjar, Gaël Badaud, Teo Hernandez and Jakobois made two super 8 films, linking cinema to everyday life and transforming it as an immediate, impulsive expression of desire.

In 4 à 4 Métro-Barbès-Rochechou Art, each cineaste films and is filmed by the others, affirming his own vision and story, preserving and at the same time diluting his identity in a single flow: that of the film's present. Throughout Paris, the images portray an imaginary neighbourhood made up of the places frequented by the filmmakers on a daily basis. The film unfolds like a sketch or notebook in the relationship between the super 8 camera and the body filming - with jerks, zooms or travellings, changes in filming speed and interaction with objects or by dilating performative actions.

In Grappe d'yeux, the camera concentrates on filming the different impulses in the eyes of each filmmaker: how their nerves react, how their pupils dilate before the gaze of movement and life.

Copies from the Centre Georges Pompidou collection and courtesy of Michel Nedjar. 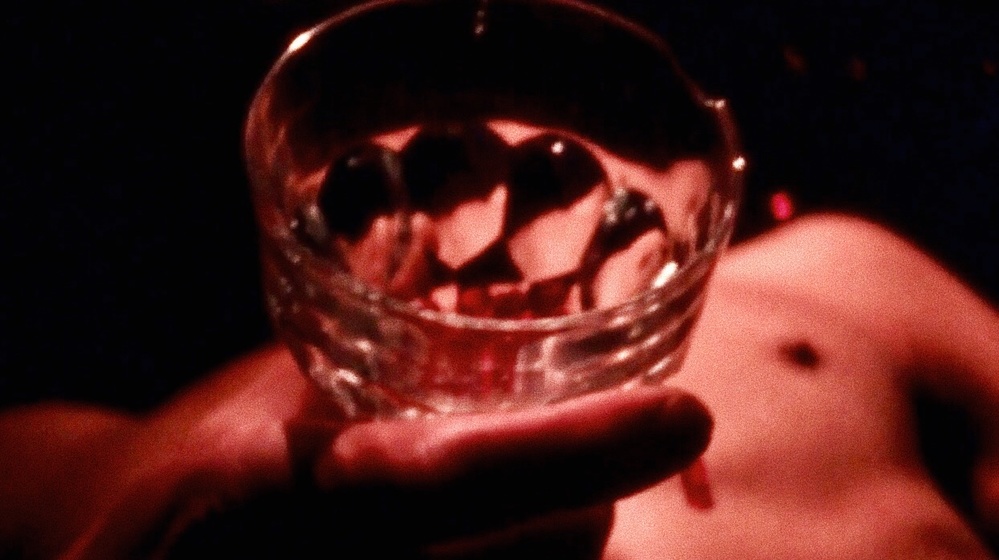 A bitter well and an orchard of pomegranates: "Lacrima Christi", by Teo Hernández