Thomas Aigelsreiter was born 1972 in Vienna. Since 1990, after his graduation from the Masters-Class for GraphicDesign, he has been working under the alias "Auge“, German for "eye“. His nick name caught on during his early years as an illustrator for comicstrips, newspapers, and magazines. Auge has worked with some of the most prestigious advertising agencies in German-speaking Europe and their international clients. He created the comicbook character of Roy Klein, who as a detective, adventurer, playboy, and universal hero, combats the conspiracies of the occult underworld. In the mid nineties he collaborated with Sieger-Design in Germany for their client, the porcelain and glass manufacturer - Ritzenhoff. His unique style was featured on a wide array of products including milk-, beer- and shot glasses, ashtrays, vases, sugarsprinklers, snowboards and even a garden-dwarf.

The next logical step was to move from the static to the moving picture. Auge occupies himself, when time permits, with directing and producing various short films. His work ranges from animated shorts and experimental film-essays to television commercials. His sought after artwork has also graced numerous multimedia projects on the web. He has produced numerous highly acclaimed flash-animations which have won him the "Austrian National Prize for Multimedia“ in 2001. Two of his shortfilms have also been featured at the Venice Film Festival in 2002. The followong years Auge completed several new shortfilms alongside his continuing illustration work. In Spring 2005 he produced a musicvideo for his longtime collaborators "konsorten TM", who composed the soundtracks for two of his outings into the field of experimental filmmaking and "HaikuWho?", the animated answer to caffein addiction. 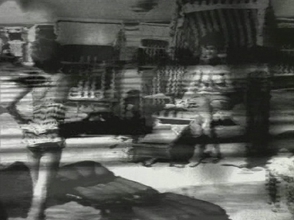