R. Bruce Elder (Ontario, Canada, 1947) studied philosophy at the McMaster University in the late 1970s, and later on joined its artistic community. During those years he devoted himself mainly to poetry. In 1975 he attended the Summer Institute in Film Studies, where he discovered that the avant-garde work of the new American cinema was a new form of poetry, and that cinema could give shape to his poetic ambitions.

From that point on he began filmmaking prolifically, producing over 60 hours of finished work. An admirer of Dante’s Commedia and Ezra Pound’s Cantos, he used those poetic works as his inspiration for a cycle of 20 films, titled The Book of All the Dead, which would take up the next 20 years of his life. In 1997 he began a new film cycle titled The Book of Praise.

In the words of Stephen Broomer, Elder’s cinema “combines images, music and text to create works that reflect his interests in philosophy, technology, science, spirituality and the human body”. Many of his films are typically given a polyphonic structure, which involves the superimposition of readings, narration, photography, dialogue and electronic music, as well as using an associative approach that attempts to alter rational thinking.

Jonas Mekas claimed that Elder was “the most important North American avant-garde filmmaker in the 1980s”, while Stan Brakhage said: “I feel closer to this epic craftsman than to any other living filmmaker”. In 2007 he received the Governor General’s Award in Visual and Media Arts, the most prestigious Canadian award in this field.

As a critic and historian he focuses particularly on such topics as Canadian avant-garde cinema and tracing the links between cinema, poetry and the artistic movements through the course of the 20th century. His books include Image and Identity: Reflections on Canadian Film and Culture (1989), The Body in Film (1989), A Body of Vision: Representations of the Body in Recent Film and Poetry (1997), The Films of Stan Brakhage in the American Tradition of Ezra Pound, Gertrude Stein and Charles Olson (1999), Harmony and Dissent: Film and Avant-garde Art Movements in the Early Twentieth Century (2009) and Dada, Surrealism, and the Cinematic Effect (2012). 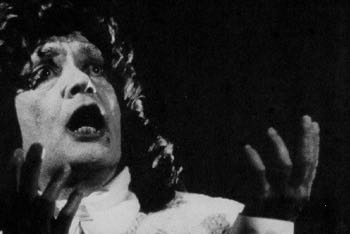 Lamentations: A Monument to the Dead World. The Dream of the Last Historian