Peter Kubelka (Vienna, Austria, 1934) is a film-maker, musician and architect. The aversion that the film industry showed towards his first film, Mosaik im Vertrauen (1955), only served to spur him on to a vocation – that of filmmaker – which Kubelka embraced early on, in his high school days. He produced most of his work, his metric cinema, between 1957 and 1960 – this was comprised of Adebar, Schwechater and Arnulf Rainer. According to Kubelka, “cinema lies between the images”, and his meticulous, patient work as a filmmaker involves purifying the components of cinema in order to eliminate illusion and to show the image as object: “Kubelka‘s cinema is like a fragment of glass”, wrote Mekas. During those years he showed his work in celluloid for the first time, and which he would later turn into beautiful black-and-white panels that he then left hanging outside on stakes, exposed to the elements, in the village of Alpbach. In 1964 he co-founded the Austrian Filmmuseum, and two years later he set off for the United States on a journey that he always described as fundamental for his survival.

In 1966 he completed his first travel documentary, Unsere Afrikareise, a 12-minute film that took him five years to make, and which represented a high point in experimental cinema thanks to his sublime coordination of image and sound, and he began his particular process of ‘de-specialization’ and autodidactic re-education, which involved taking numerous courses in filmmaking at various universities in North America, where mimicry, toys and prehistoric tools tend to take the place of traditional, academic argument. In these, cooking – which Kubelka claims is the oldest form of communication – began to gain in importance.

In 1970 he co-founded the Anthology Film Archives, where he designed his ideal cinema: Invisible Cinema. In 1973 he restored Vertov’s Entuziazm, and in 1976 he established the avant-garde collection for the Pompidou in Paris, where he conceived the exhibition “Une histoire du cinéma (1976-1977).” Another of his great passions, music, led him to found, in 1980, the group Spatium Musicum, with which he toured the United States and Europe. In 1996 he introduced his season Was ist Film at the Vienna Filmmuseum. His most recent films are Dichtung und Wahrheit (2003) and Antiphon, which is part of the work Monument Film (2012). 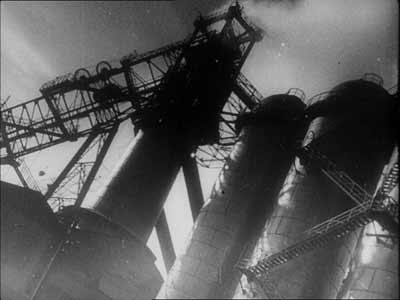