Born in Berlin in 1928, she settled in Buenos Aires from an early age. The artist emerged from painting and later became a pioneer of Argentine experimental cinema, she has a long career of more than thirty films to her credit. In her works she exposes essential themes such as love, the feminine condition, birth and death, recreated through a particularly intimate language of images and with a particular visual and sound poetry. In the sixties and seventies, she expanded her audiovisual activity in the form of installations, objects, performances, graffiti and urban interventions, consolidating her transgressive facet and building her own personal poetics over time. In 2018 she received the Premio Distinción a la Trayectoria from the National Academy of Fine Arts of Argentina. She currently lives and works between Buenos Aires and Bariloche. 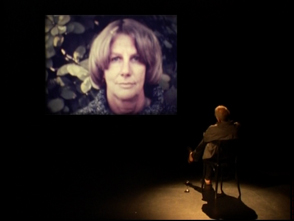