Michael Mazière is an artist and curator. He studied Photography and Film at Nottingham Trent University and the Royal College of Art. He is currently Reader in Film & Video at the University of Westminster and curator of P3 and London Gallery West. Before joining the University, he was a research fellow at the British Artists' Film and Video Study Collection at the University of the Arts, London. Previously he was Director of the Lux Centre, London Electronic Arts and Pandaemonium - London's Festival of Moving Images. He also worked at the London Film-makers Co-operative as cinema programmer and editor of Undercut film and video magazine.

He is a practicing artist and writer and currently Reader at the University of Westminster School of Media, Arts and Design. His films are exhibited internationally in galleries, museums and festivals and he writes regularly on the subject of artists' film and video. He has completed an anthology of writing on artists film and video for Wallflower Press and his latest work 'Assassin' funded by the Arts Council and Film London explores the seductive nature of crime as manifested in cinema and is currently exhibiting in the Kunst Film Biennale's international tour.

Mazière is best known for his work in which Hollywood fiction and autobiographical fact are distilled into a poetic form. Mazière practices what he calls 'cine-video', a multilayered, intertextual fusion of the cultural and the personal, which shifts the emphasis back to the power of individual vision. Through this process the work reconstructs a meaningful subjectivity from the saturated world of images that surround us. Mazière's work provides an intriguing parallel between the production of meaning in cinema and the operation of the unconscious mind. By blending film and video through cinematic devices, he playfully tricks the viewer into connecting disparate images of varied historical and geographical contexts. This re-contextualisation empties images of their original meaning and proposes a number of different interpretations, narratives and contexts. To the anthropological and social dimension of reworking archive film, Mazière has added the psychological role of the self. 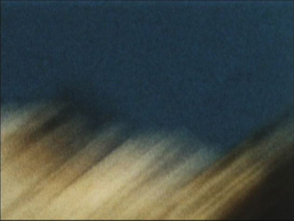