Born in Udaipur, Rajasthan, Mani Kaul (1944) said that during his childhood he always saw life blurred: he suffered from myopia that until then he had taken for normal vision. When the young man saw a movie for the first time wearing glasses, he could never stop thinking about movies.

Kaul studied at the Film and Television Institute of India (FTII) in Pune, where he was taught by Ritwik Ghatak, one of the filmmakers who most marked his training together with Robert Bresson. During those years, he was also interested in the paintings of Matisse, Picasso, Cézanne and Klee, in addition to Mughal miniatures or dhrupad music, haiku, nouveau roman or the work of Dostoevsky.

Together with Kumar Shahani, John Abraham and KK Mahajan he was part of the so-called "New Cinema Movement." Her first film, Uski Roti (1970), the portrait of a Punjabi woman who walks every day to a bus stop to deliver bread to her husband, was an attempt to destroy any semblance of realism. Instead, he constructed the film like a painter, subordinating each stroke to the figure.

Neither Uski Roti nor his second film, Ashad Ka Ek Din (1971), were released in theaters. A collaboration with the famous painter Akbar Padasee - who loaned him a Bolex and several reels of Kodachrome - allowed him to shoot Duvidha (1973), his first color film. In 1976 he participated in the founding, along with a group of fifteen recently graduated students, of the Yukt Film Cooperative, with whom he shot the film Ghashiram Kotwal (1976) in response to the declaration of a state of emergency by Indira Gandhi. In 1980 he finished Satah Se Uthata Aadmi, a combination of poetry, essay and landscape, and in 1983 he made Dhrupad, a film about music without notation of the same name, as well as a portrait of the legendary Dagar family of musicians. In his other great film dedicated to music, Siddheshwari (1989), he shifted between imagination and myth around the life of the Hindustani singer Siddheshwari Devi.

Between 1965 and 1989, Mani Kaul made several documentary short films, notably Forms and Design (1968), about the opposition between the functional tools of industry and the decorative forms of the Indian tradition. Following in part this same direction, in 1985 he made the feature film Mati Manas, a film that combines poetry with the legends associated with the traditions of the ancient potter communities.

Just twenty years after the premiere of Une femme douce, Kaul continued his formal investigation by taking an interest in literature and adapting, like Bresson, Dostoevsky's La Submissive in Nazar (1990), and later The Idiot in Ahmaq (1991).

Kaul was also a professor of dhrupad, and taught film classes at Duke University, Harvard, the Art Institute in Chicago or CalArts. At that time he also devoted himself to writing - his collection of aphorisms about cinema The Director Reflects, for example, forms a brilliant echo with Bresson's Notes on the Cinematographer - or to ceramics: in the late 1990s he worked at the European Ceramic Work Center in the Netherlands, after which he organized an exhibition based on his own creations. At the time of his death in 2011, he was working on a film about Rossellini's visit to India. 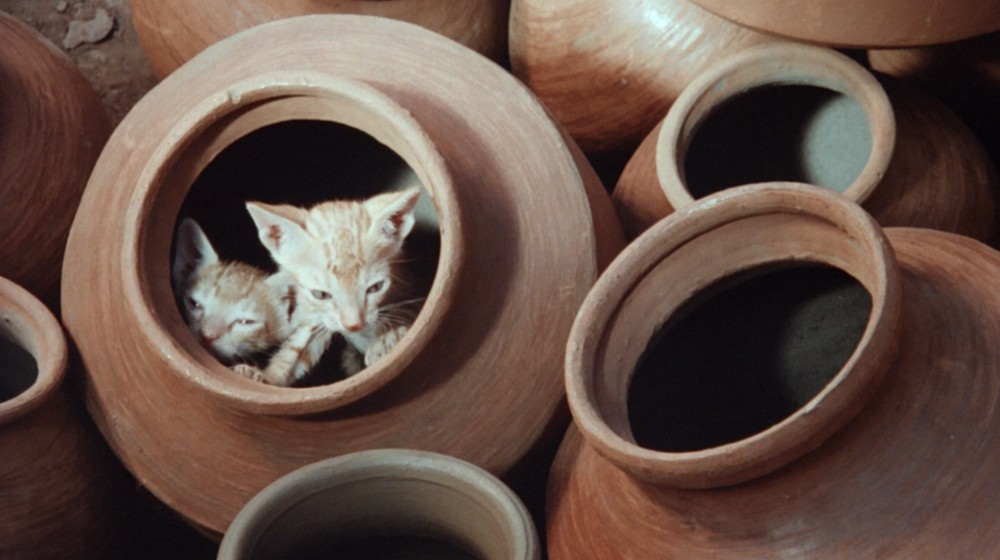