Joost Rekveld is an artist who is motivated by the question of what we can learn from a dialogue with machines. In his work, he explores the sensory consequences of systems of his own design, often inspired by forgotten corners in the history of science and technology. These systems combine temporary dogma’s in the form of procedures or code, with more open-ended elements such as material processes or networks of interactions that are too complex to predict. His films, installations and performances are composed documentaries of the worlds opened by such systems. In their sensuality they are an attempt to reach an intimate and embodied understanding of our technological world.

His abstract films have been shown world-wide in a wide range of festivals and venues for experimental film, animation or other kinds of moving image. Most of his recent films had their premieres at the International Film Festival Rotterdam and he had retrospectives at the Barbican in London and the Ann Arbor film festival amongst others. Individual films were screened at hundreds of venues, including the ICA and the Tate Modern in London, The Centre Pompidou in Paris and the Moderna Museet in Stockholm. His film “#11, MareyMoire” was the first Dutch film to be ever shown at the Sundance Film Festival. 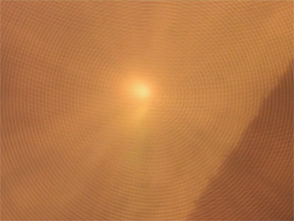