el cinema del CCCB
A series of screenings, a digital archive with over a 1,000 films and educational activities dealing with experimental films.
CLOSE
George Maciunas (Kaunas, Lithuania, 1931 - Boston, USA, 1978), was an exemplary processor of information as an enigmatic analytic mind. Maciunas studied architecture, art history, graphic design, and musicology at the Cooper Union School of Art, Carnegie Institute of Technology Pittsburgh, and the Institute of Fine Arts at New York University in succession over eleven years (1949-1960). Despite the diversity of his education and artworks, Maciunas’ oeuvre is unified by a lucid diagrammatic aesthetic demonstrating a constructive interaction between data modelling and enlightenment. His engagement with functionality and chronology seen in his geneologies, atlases, and charts can be described as an art of organization which delved into the intutive connections between a schema and its processes. Education, the process of transferring knowledge, is a theme present throughout these works and in “A Preliminary Proposal for a 3-Dimensional System of Information Storage and Presentation”, a proposal to reform what he viewed as the premature specialization and fragmentation of the American education system.
Maciunas is best known as the founder and central coordinator of Fluxus from 1962 until his untimely death in 1978. Fluxus was a global collective of artists, musicians, designers bound by their intermedia sensibility and experimental enlightenment.
© George Maciunas Foundation Inc.
Share

Outside the format: Fluxus II

Outside the format: Fluxus 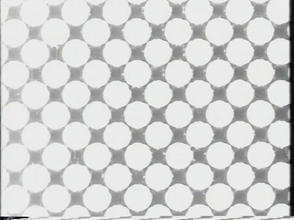