Carlos Vergara (Santa María, Brazil, 1941) is a multidisciplinary artist. His artistic career focuses mainly on painting, architecture and photography, but during the 70's he also experimented with cinema. The result was several pieces, among which "Fome" (1972) stands out, which are part of the so-called Quasi Cinema, a concept created by the Brazilian artist Helio Oticica that refers to works made with non-commercial formats (8mm, super 8 , slides) and projected in unusual places (swimming pools, roofs, public spaces ...). 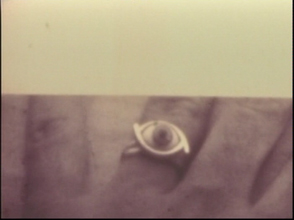