A director, teacher and feelmaker, she's been behind a camera for more than ten years learning how to portray people and emotions. Her training began as a photographer and audiovisual producer, after graduating in Audiovisual Communication from Pompeu Fabra University. During her degree, her short documentary Nobody is perfect won the DocsBarcelona and her final degree project, El placer es mío, a fiction feature film that's currently in post-production, has been presented in different markets and at festivals such as REC Tarragona and L'Alternativa. She was trained in advertising, personal branding and communication strategies to communicate in a more human way with insight into today's media.

She believes that education and art are tools for transforming society. Her constant aim when carrying out projects is for them to act as catalysts and start conversations, and she's currently combining her career as a freelance director with work as an educator. She's worked on a large number of short film and advertising projects from different disciplines, with various production companies. She's committed to social change and action, giving space to a wide range of stories and references. As a teacher of audiovisuals and video games, she searches for new tools to create more ground-breaking experiences.

She writes and directs Amalgama, selected for the City Symphonies project and produced by the CCCB in collaboration with Dones Visuals, which premieres at D’A Film Festival 2022. 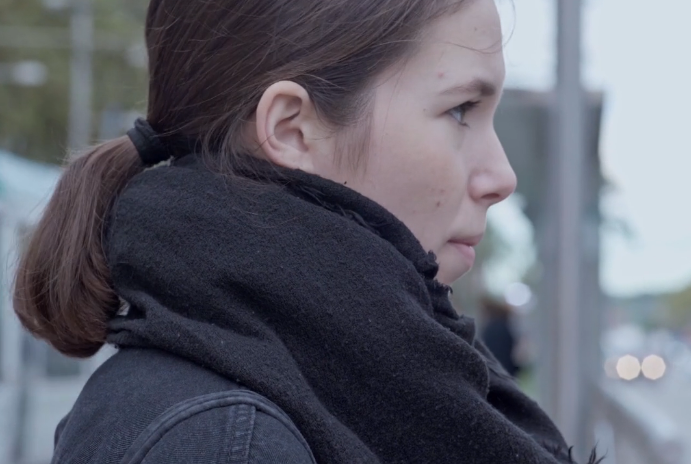